One of the first recorded events of a male stripper was in 1973 in London. A dancer reportedly stripped down to a black G-string and handcuffed himself to a fence near Big Ben. The dancer wore a banner which read, “The body divine – Angel, the lovely male stripper. Book him.” Prospective customers may not have come after him, but the police certainly did. 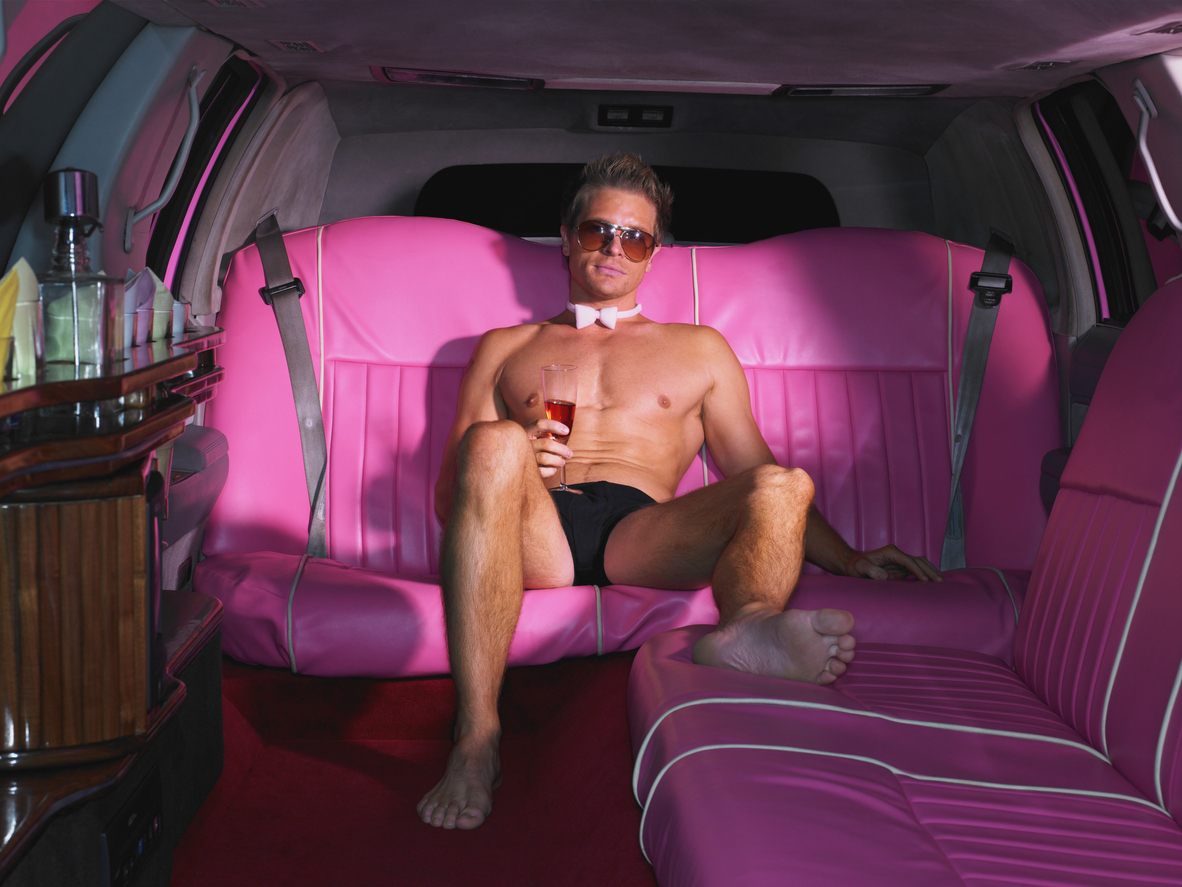 As male strippers became an increasingly frequent fixture at strip clubs, a few nights each month started to become specifically reserved for ‘ladies only’. By the late 1970s and early 1980s, clubs that had only been home to female dancers were suddenly filled with screaming women, there for the sight of gorgeous male strippers.

Groups of male strippers, such as the Chippendales in Los Angeles in the United States, became increasingly popular. The Chippendales were established in 1979, and with their signature costume of a bow tie, collar and shirt cuffs, they were the first exclusively male stripping troupe to make a business out of stripping and performing for exclusively female audiences. Their shows have been described as Broadway-style, because of the high quality of staging and choreography, which led to an increase in the legitimacy of male strippers.

Travelling troupes continued to grow in popularity during the 1980s, with women taking over clubs around America and Australia.

The 1960s and 1970s saw an increased openness, in regards to sexuality, in the western world. As society became more accepting of public displays of sexuality, strips clubs continued to thrive, despite protests from more conservative members of society.

As women experienced a new-found sense of freedom, with the advent of second-wave feminism, male strip shows continued to increase in popularity around the world. With this new wave of sexual freedom came publications such as Playgirl, which emerged from within the feminist movement.

Similarly, in the 1970s, as the gay rights movement began, gay strip shows began to sprout up. One of the first recorded instances of this was in 1976, when the Gaiety Theatre, in Times Square, put on a show that featured men stripping for the entertainment of other men. This show was not shy about featuring full-frontal nudity, unlike shows geared towards women. Other than full-frontal nudity, these shows were usually quite similar to shows geared to a female audience, although there was often more drag and other gender-bending elements involved.

Despite the rapidly growing popularity of male strippers, by the end of the 1970s, many people were still not comfortable with this new phenomenon. During the early 1980s, there are reports of men being arrested, in conservative states across the United States, for stripping. Whilst male strippers were popular among certain crowds, they still faced discrimination in many ways.

Male strip shows of today are not that different from those of the 1960s and 1970s. The main differences are the hairstyles and music choices. Movies such as Magic Men brought the reality of male strippers to the big screen. They made strip shows a normal facet of society. Like the movie, male strip shows, like ours, usually include an element of humour and elaborate choreography.

The history of male strippers is a relatively new one, and is still being written. Our shows are always growing and evolving. Next time you come along, remember that you’re a part of a growing history of freedom, fun and pure enjoyment.